Bed Bug Control In Apartments Can be very Challenging

Bed bug control in apartments has become very challenging in recent times. Many exterminators have been trying to deal with this growing issue for years now, but it is a never ending battle. They have the ability to move from one apartment to another apartment, and many people are too embarrassed to admit that they have a serious bug problem in their apartment. 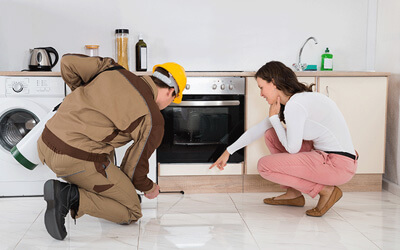 Tenants also tend to lie when they say they don’t know how the bugs were introduced into the apartment.

The tenant does not want to be stuck with paying the bill for the treatment, so many tenants are not going to tell the truth about how they were introduced.

In reality, the tenant should report the problem as soon as possible and with the explanation that they came from a neighboring apartment, which most likely they did. Being in the retail pest control product business, I have actually had apartment dwellers order bed bug treatment products and have them sent to another discrete address in order to disguise their problem. This behavior only intensifies the problem by ignoring the probable neighboring problem and the likelihood of their return.

Once you determine what rooms are infested, the process for treating the apartment complex is similar to treating a home. The tenant must fully cooperate with the landlord and the exterminator in getting rid of the infestation. They need to take all of their clothes out of the drawers and closets and wash everything. Nothing can be left in the room except for the bed and the furniture.

To Get us , See Directions here https://g.co/kgs/CYvK8b